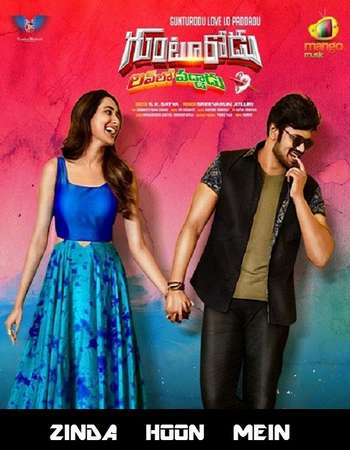 Story: Kanna (Manch Manoj) is a slacker of Guntur, who passes the time hanging out with his group of friends. So, his father Suryanarayana (Rajendra Prasad) decides to get him married to set him on the right path. After his engagement, Kanna falls in love with his fiancee’s friend Amrutha (Pragya Jaiswal), so he creates a mess and cancels the engagement. After few funny incidents, Amrutha also begins to love him. Seshu (Sampath Raj) is a leading criminal lawyer who is highly short-tempered and egoistic person. One day, at a party, a tiff arises and Kanna beats up Seshu after Seshu asks Kanna and his friends to vacate the party. Since Kanna has cake cream on his face they don’t recognize him. Seshu orders his men to find out and kill him at any cost. Things become complicated day by day when Seshu starts targeting Kanna and his father Suryanarayana. The situation becomes even more chaotic when Kanna comes to know Amrutha happens to be Seshu’s sister. Rest of the story is how Kanna escapes …